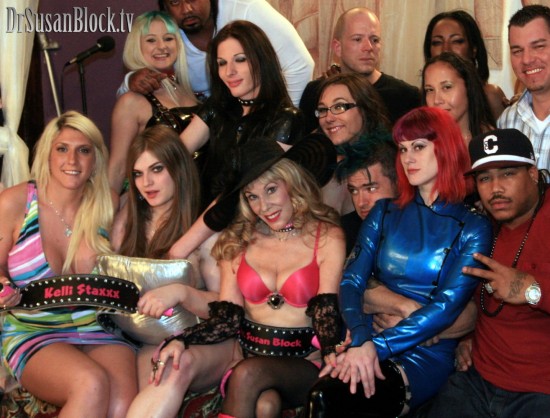 Goddess Soma Snakeoil:  One of the most fascinating, creative, charismatic, nasty and yet nurturing dominas ever to enter my Womb Room, this time the Goddess joins us on behalf of her hot and slippery new film Rubber Bordello. She also reminisces about masturbating to the Bible and meeting her BF/collaborator Fat Mike of NOFX (who scored Rubber Bordello’s charming ragtime soundtrack) as a professional party domme, confessing that it was “love at first beating.” Since Fat Mike shies away from being beaten until the after-party,  Soma demonstrates her fluid Florentine on Sinn Sage’s magnificent buns.  Then, in the after-after-party, the tiger comes out of the domina, and Soma, Sinn and I share some deeply orgasmic hoka-hoka, surrounded by a tight half-circle of our adorably gawking bonobo menfolk whom we all screwed silly later.   Amen and Awomen.  Yum!

Fat Mike: NOFX bassist and vocalist (and Human Sexuality graduate at San Francisco State—one of my alma maters), Fat Mike is Goddess Soma’s BF, creative collaborator and adoring slave.  NOFX tunes like “Franco UnAmerican” helped me to survive the socio-political insanity of the Bush regime, so I’m excited to have one of my heroes on the show.  Mike attended our Eros Day Housewarming in 2010 when Soma was the Queen of Chaos, but this is his first time on RadioSuZY1 and, like most celebrities who come on the show, he’s a bit nervous and commits the punk faux pas of throwing my beloved Bonobo Way poster on the floor. He pays for it later when Goddess whacks him with her new JuxLeather floggers.

JuxLii: Our own Speakeasy regular photographer, multi-talented Jux is also the creator of JuxLeather, presenting me with a set of his sweet new floggers in his unique easy-swing design to keep that Lupercalian momentum going…

Mistress C: She got in so many whip-licks last week for the flogging fun of Lupercalia that she came back for more, this time as Kelly’s whip-mistress.

Mike Beadle: Creator of the new craze in love handles called Munkey Barz, he presents me with a belt with my hot pink name inscribed right on it!

Tef Dollaz: Another member of tonight’s Munkey Barz entourage, Tef proudly totes his title as President of  Munkey Barz as he joins in on the fun. 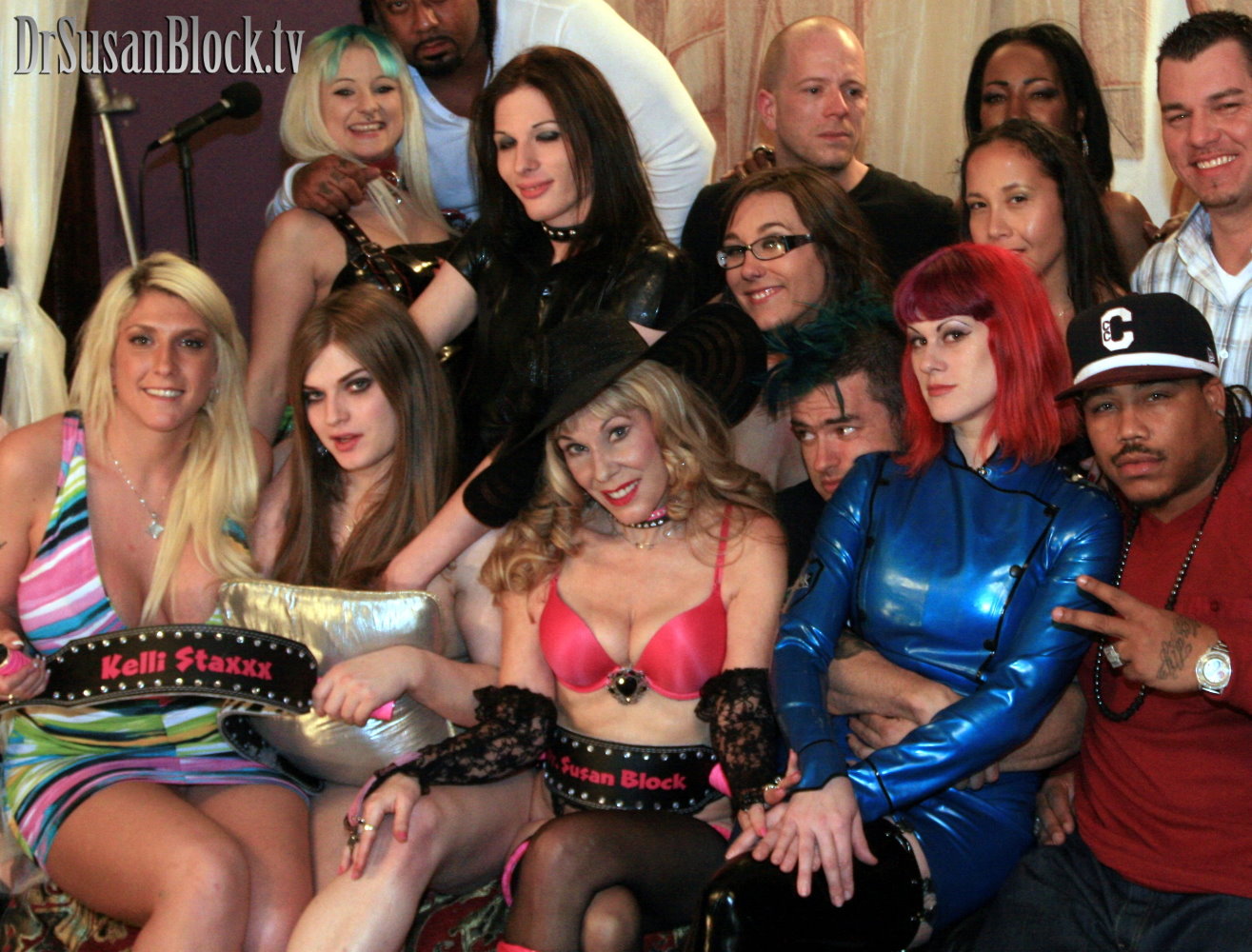