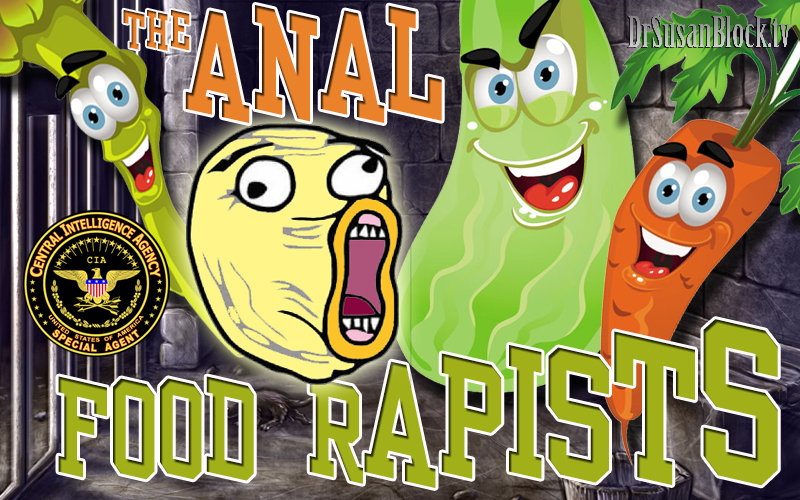 Onto the sick details. CIA records (courtesy of the Senate Intelligence committee) reveal that interrogators “anally-infused” a hunger-striking prisoner named Majid Khan with a “lunch tray” of pureed “hummus, pasta with sauce, nuts, and raisins.” Sounds delicious when paired with a nice Chardonnay… but up the butthole? Ouch, yuck and, as Jon Stewart so vividly illustrated with that expectorating Monty Python clip, BARF!

So… if it’s so horrible and ineffective, why do such a thing? I can think of three possible reasons (none good):

1) Cold Calculating $adism. Say you’re already a bit of a sadist. Why else would you get into this line of work? Perhaps you were sexually abused at boarding school, or maybe you’re just a psychopath with a psychology degree. You feel symbolically castrated by the falling of the Twin Towers accompanied by a desire for payback—and that $81 million paycheck. Your exciting new job as an EIT specialist has got you pumped even though you’re temporarily stuck living in the same lousy housing as the prisoners, making you feel the need to assert your dominance deeply and forcefully. Next thing you know there you are, forcibly separating the hapless enemy’s backdoor defenses and administering “anal feedings” costing thousands of American dollars each, like a demented, wildly overpaid, über-bad nurse-dietician. When it comes to sexually controlling problem patients, Ken Kesey’s fictional Nurse Ratched has nothing on the reality-based Anal-Destroyer Doctors Jessen and Mitchell. They put the `rapist’ into “therapist.”

3) Convenience. The prisoner won’t eat, and it’s lunchtime (yours). You figure, let’s just stick a carrot up his ass and call it a meal. Puree it and you can even call it medicine, especially since it’s doctor’s orders. It’s quick, clinical and seemingly effective. After all, the silent, hunger-striking bastard’s getting “fed” and howling all kinds of “information” within seconds of his rectal-infusion, isn’t he? Which means you can get off duty in time to stuff your face in the interrogator cafeteria.

Seriously though, this latest release seems to take humanity to a new low on the sexual depravity scale. When American military personnel shoot their stuff up a guy’s caboose like that, is it any wonder that he and all his relatives then want to shoot up our trains, blow up our planes and chop off our heads?

Torture Play vs The Bonobo Way

How can we break this deadly cycle? Some say we can’t, that torture and murder are in human DNA, like our close genetic cousins, the common chimpanzees. For years, scientists, philosophers, filmmakers and military psychologists have used the “killer ape” paradigm to explain the worst in human behavior. But is all this bombing, beheading, police brutality and rectal infusion truly and inevitably humanity’s destiny?

Maybe, maybe not. The rare and very recently discovered bonobos, who are at least as close to us genetically as common chimps, reveals another side of the great ape story. Bonobos have never been seen killing each other in the wild or captivity, as observed by Drs. Takayoshi Kanō, Frans de Waal, Richard Wrangham and others. Though they can be violent, bonobos are much less so than common chimps and humans. They also have a lot of sex, and their culture, which I call “The Bonobo Way,” empowers females much more than any other great ape species. Though bonobos do like to combine food and sex, rape is rare. Bonobos use the give and take of sexual pleasure, affection and empathetic communication to diffuse violent tension, greatly reducing the rate of sexual assault and completely avoiding the murders and wars that plague common chimp and human cultures.

Bonobos present us with a new, much more hopeful, great ape paradigm that models reciprocity over brutality. Can the Bonobo Way of peace through pleasure and empathetic communication also work for humans, even in the depths of a prison? No, I’m not saying interrogators should have sex with the prisoners. Actually, according to the Senate Intelligence report, they’re already doing that, albeit nonconsensually—which isn’t at all the Bonobo Way.

But sex is just one way that bonobos share. Studies at Lola ya Bonobo sanctuary in the Democratic Republic of Congo conducted by Dr. Brian Hare and Vanessa Woods have shown that bonobos are remarkably good at all kinds of sharing and communication, including getting information, establishing trust and gently persuading each other to open up and reciprocate. The Bonobo Way wins through Weapons of Mass Seduction.

© December 11, 2014. Susan Block, Ph.D., a.k.a. “Dr. Suzy,” is an internationally renowned LA sex therapist, author of The Bonobo Way: The Evolution of Peace through Pleasure, occasionally seen on HBO and other channels. 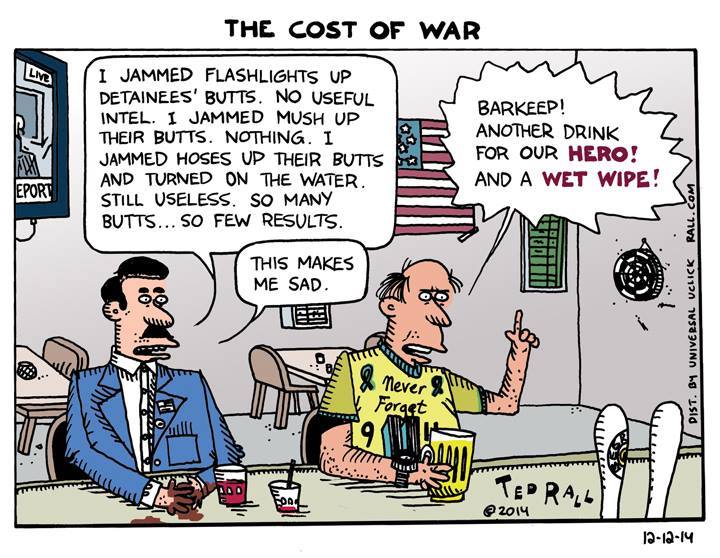 From Suicide to Psychedelics: A Journey of Watery Pleasure!