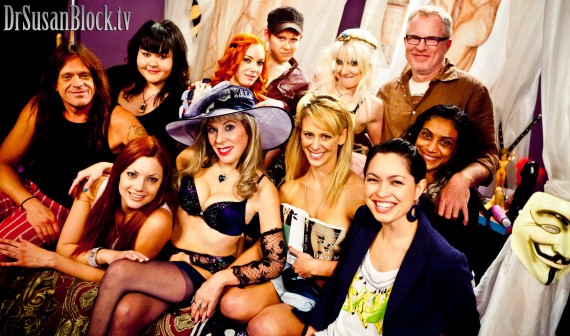 Christopher Ryan, Ph.D.: Co-author of Sex at Dawn, New York Times best-seller and “the most important book about human sexuality since the Kinsey Report,” according to none other than Dan Savage, this is my third interview with Chris, but it’s his virgin experience in the Womb Room.  This time he comes with his co-author/wife, the luminous Dr. Cacilda Jethá.  Of course, we’ve already spent two shows (Sex at Dawn 1 and Sex at Dawn 2) discussing the book’s brilliant theories regarding the “promiscuous” nature of human sexuality.  This time we actually bring Sex at Dawn to life.  It begins with a little conversational foreplay, and the Sex at Dawn-inspired discussion of human sexual history is so hot, that the lesbian-loving ladies of the show can barely hit the books before the panties come off and the girl-girl orgy begins. A discussion of “female copulatory vocalization,” a scientific term for the way a woman moans during sex (purpose: to let other potential partners within earshot know that she’s hot), leads to a symphony of moans and screams, as my mostly red-headed female guests lick, finger and fist each other into the orgasmic communal ecstasy that our ancestors probably enjoyed.  Now that’s what you call “hands-on”—and fists in—research.  Upon witnessing a bevy of nude beauties lying in bed reading Sex at Dawn, he proclaims this show “the best book interview [he’s] ever had.”

Murrugun the Mystic: This daredevil actually swallows a sword while getting his own sword swallowed!  First, he reprises his AVN award-winning scene for Most Outrageous Sex Act, sucking a 27” sword (now that’s well-hung!) down to the hilt while porn starlet Jonni Lynch sucks his cock to the hilt.  He tops that by swallowing four swords at once while Jonni keeps fellating.  He actually keeps the swords down his throat longer than she sucks his cock.  He then demonstrates what he learned through transcendental meditation—the ability to control pain and body functions while cramming a sharp rod through his bicep muscle without a single speck of blood (or semen) messing up my carpet! Then he breathes fire.  I’m just glad he didn’t end up filleted while being fellated.

Lily Cade: This bodacious butch beauty offers up her ample natural boobs for Agwa shots and her pussy for the multiple orgasms, producing a series of earphone-splitting examples of female copulatory vocalization. Being big on multiples may have something to do with her multiple orgasmic visits to the  Speakeasy. She’s also a big fan of Sex at Dawn (she listened to the audio book), in part because it validates her own open relationship with her wife Sten.  She also appreciates how the book debunks conservative evolutionary psychologists who twist science into knots, trying to push the square peg of monogamy through the round hole of human sexuality. Later I help her to squirt on the Speakeasy bar.

Special thanks to Justine Middleton for editorial assistance with this bloggamy. 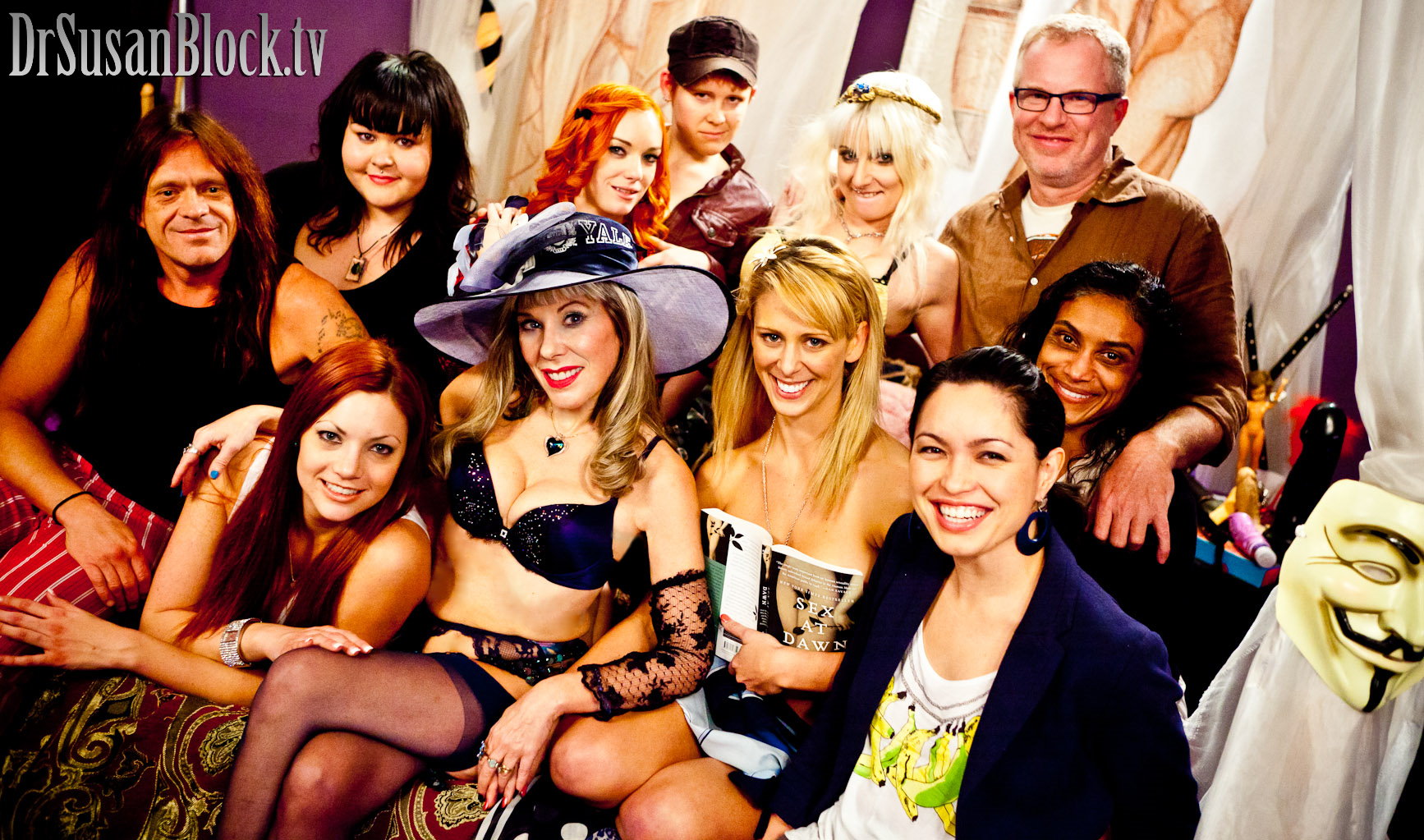 « SeX-ED in Bed + OLA » Beauties & The Bautista Wrestle with Desire