The DrSusanBlock.TV Awards: And The Winners Are…. 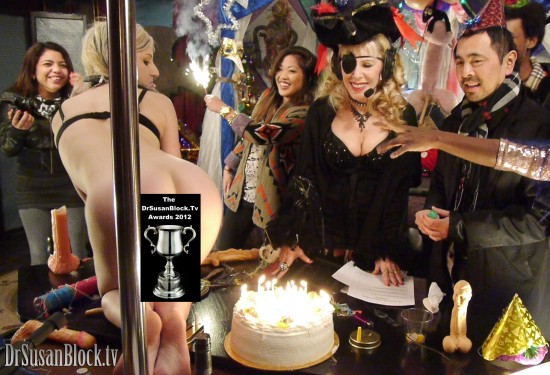 It’s the last show of 2012 (Happy Nude Rear, Brothers & Sisters!), and it’s colder than a belladonna’s boob in this urban castle we call the Speakeasy. So, with half of us under the weather, we decide to politely uninvite our guests for the night, and just have a small, family-style gathering, in which we look back on all the wonderful performers we’ve had on the amazing shows we did this past year, and give out the first Annual DrSusanBlock.TV Awards, for 2012!

As it’s our maiden voyage, we make up the rules as we go, creating the categories and picking the winners in spontaneous, non-stop Commedia dell’Arte style, during the 100-minute live broadcast.  Rule #1 is that in order to win, you have to be a guest on The Dr. Susan Block Show.  To win this year, you need to have been a guest between December 2011 and December 2012.  That said, if you’ve been on the show and you want an award, we are not so above corruption that you can’t pay us for one. Or two.  Or more!  But think about that for next year… For now, we present the first annual winners (none of whom bribed us, maybe because there wasn’t time). And indeed, every one of you guests who appeared on the show this year is a winner.  Those of you who flaked get the booby prize of dishonorable mention which we’re too polite to actually list in the blog (but not too shy to blurt out on the air sometimes).

Rule #2 is that current staff members of the Dr. Susan Block Institute cannot win these awards. You must be a guest.  This is a very sad rule for many on our staff who passionately feel that they and/or their lovers deeply deserve to win just about every award on the list.  The consolation prize is that we staff bonobos get to vote on who wins the awards.  And vote we do!  This year’s DrSusanBlock.tv Awards judges include our executive producer Capt’n Max, producer Tasia Sutor, Master Liam and Beasley the Engineer.  We also take suggestions from the Womb Room which, despite our telling everyone to please stay away, includes a famous comic strip artist celebrating his birthday, a soon-to-be-famous rapper and several hot chicks who want to be our next social media assistant.

All of our awards “honor excellence in broadcast artistry and exhibitionism,” recognizing erotic performance, sexual intelligence and Weapons of Mass Seduction.  They celebrate Peace through Pleasure in all kinds of weather, and they pay tribute, with humor and deep respect, to those of us who work and play in the field of sexuality.  Why is this so important right now?  War and violence surround us.  The 2012 holiday season has featured a rash of headline-grabbing mass-murders and atrocities, from shooting children and firefighters to pushing people to their deaths under subway trains to a gang rape/murder too gruesome to describe, leaving many of us feeling despondent and demoralized by the actions of our fellow human beings, or just cold and not only because of the temperature.

Some (myself included) have called for more gun control in America.  But we must admit that the mayhem goes beyond guns to the use of everyday objects, from matches to metal rods, as murder weapons. As the cold winter solstice winds whistle, humanity’s violent, homicidal urges seem to be bubbling over the surface, threatening to destroy all we hold dear.  What to do?  Our government agencies, from the military to the police, might protect us from some killers, but in the process, they kill even more, including many innocents.  Religion doesn’t seem to help; over history, more human violence has been committed in the name of religious belief than anything else.

At one time, we may have hoped journalism would educate humanity to see the wisdom of peace.  Now, the infotainment age is upon us, and we’re faced with the opposite effect.  As our up-to-the-moment media breathlessly reports one atrocity, copycat lunatics line up to commit another that might get them the “award” of the media spotlight. We violence voyeurs (and I shamefacedly confess to being one) gorge ourselves on lurid headlines, our eyeballs feeding the media machine that encourages the maniacs to shoot for their chance at fame as the mass murderer of the moment.

These are frighteningly strong impulses.  The only human urge as strong or stronger than our passion for violence is our passion for sex.  Only Eros can trump Thanatos.  But it’s not as simple as a boxing match between Good and Evil, especially when society labels our sexual impulses as bad, at best trivializing them and at worst demonizing them.  With no honorable sexual outlet open to them, is it any wonder that so many people—mostly young men at the peak of sexual desire and frustration—act out in violence and destruction?

Most Incarcerated (in Defense of Our First Amendment Rights): Max Hardcore

Most Likely To Make You Squirt: Marcus London

Most Dangerous Sex Act (Male): Murrugun The Mystic, who swallowed a sword while Cece LaRue swallowed his

Most Dangerous Sex Act (Female): Dani Danger, who laid on a bed of nails while Shay 69’d her on top of it

Most “Passable” TS: Natalie Foxxx who fooled Corpsy at our Last Supper Seder

Most Royal Without Being Spoiled: Prinzzess Felicity Jade 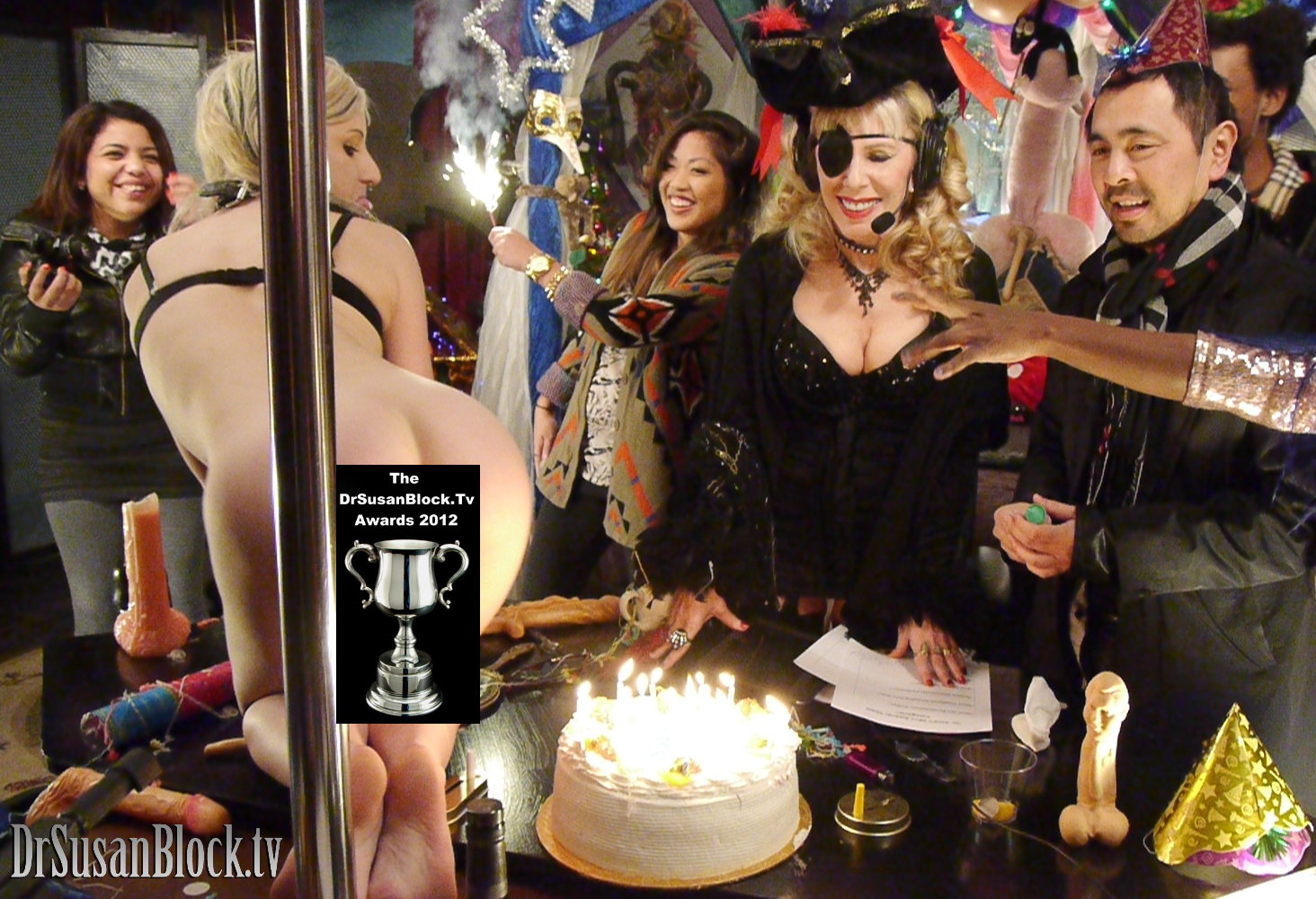